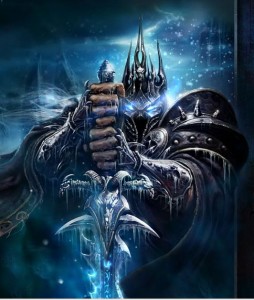 Alright, I’ve been quiet long enough. I’ve been opted in for the beta licenses for Wrath of the Lich King for a month now. I’ve seen player blog after player blog with beta news, videos, and tips. So I ask Blizzard:

These are monetized sites, as this is. Why should they get a distinct advantage over their competition (me) to come up with new, limited release information? What did they do? Whose butts did they kiss? I thought I’d lay low and someone would say, “Hey Gitr brings in lots of traffic and he’s got quite a following… maybe we should send his account a beta license.”

Guess the blues or powers that be need some prodding.

I can name names, but you know who all got access to the new area. I have most of their sites in my blogroll, right where they have been since I entered the picture in 2005. Oh, but I will say this: it’s a bit fishy when the people behind the 1-70/1-80 leveling guides get to start working on their guides… their names were randomly drawn… right… I guess the people will have to wait for the free guides that I offer until the expansion is released. Start the uprising. Call for Gitr’s free guides before release.

You would think that by the time you get through 27 levels of playing a class, you would have some clue about being in a group of two. Yes, the number 2. Let me set the stage for you.

I was running through Duskwood with Protectr (Level 27 Protection Pally) to go turn in a quest in Darkshire, and passed the path to Stalvan, when I Blessed a priest. He gave me a Fort buff and asked in the /s channel if I was questing. I said I was about to kill Stalvan. With that, I sent the invite and he accepted.

We went to the area and I immediately noticed that he was running out of mana on level 30 ghoul. Not a good sign, but I trusted that he knew that Stalvan would be an endurance fight for 2 lvl 27s.

Never trust a priest who uses /s chat, I suppose. I don’t know, but that’s the only thing that I can say could be a tip-off about what followed.

Twenty seconds into the fight (just after I told him to start using his wand), we got an add, because he wouldn’t follow me as I dragged Stalvan back to the area where we already killed the wandering mobs. Noooo. He stood there and aggroed on in the field, so I had to go rescue him and hope he could heal me. No such luck, as he was already out of mana.

By the way, his response to my:

No, I’m not kidding.

After we died, I told him once again to use his wand to do damage to conserve mana to heal me, unless he wanted to tank and me heal him. He said he didn’t want to do that because then he couldn’t do as much damage.

I fell short of yelling and calling him a stupid noob and ask him how old he was. I told him to just do it or we’d die again. We died again.

[Idiot]: What happnd that time? It wouldn’t let me cast any spells or heal you.